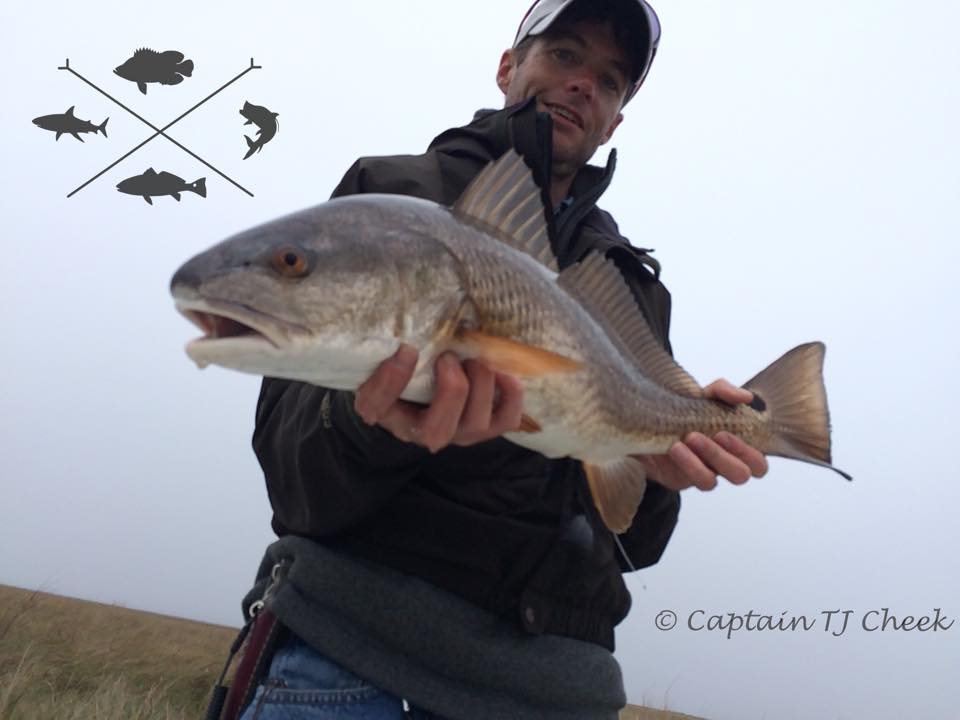 Well it’s been a long winter and the warmer temps and calmer days seem to have anglers getting their plans made for Spring Break fishing trips. We’ve been fortunate to be busy the last couple of weeks and our time has been spent inshore fishing for Trout and Redfish, Whiting fishing on kids trips, and on the nearshore reefs on the nicer days fishing for Sheepshead.

I’ll give you the forecast for the next few weeks before I get into the report. Right now the inshore fishing is really inconsistent. One day we whack ’em and the next we struggle. Over the coming weeks I expect the inshore fishing to get more and more reliable and widespread. Right now we are fishing very specific spots and beating up the same places. As the temps rise, more areas will have food and comfort for the fish and we’ll be able to use more of the playbook. That doesn’t mean that you shouldn’t go right now, it just means that you have to be OK with taking the risk of having a tough day. Usually around April 1st you can expect the ocean to spring to life. Somewhere around that time there will be a lot more bait as well as fish around. As early as the last week of March I start to keep my eyes peeled for Tripletail around the beach and Spanish Mackerel around the reefs. The warmer the water gets, the better off we’ll be. The warmest temp I’ve seen so far is 62 degrees and the saying is “everything is alive at 65”.

I’m pretty confident that by mid April the Tripletail will be pretty reliable. This is one of my favorite fish to target and with the new tower boat it will be a lot of fun to sight fish for them. Be sure to get your spot for Tripletail fishing in April or May as soon as possible as I usually fill up pretty quickly for those months. 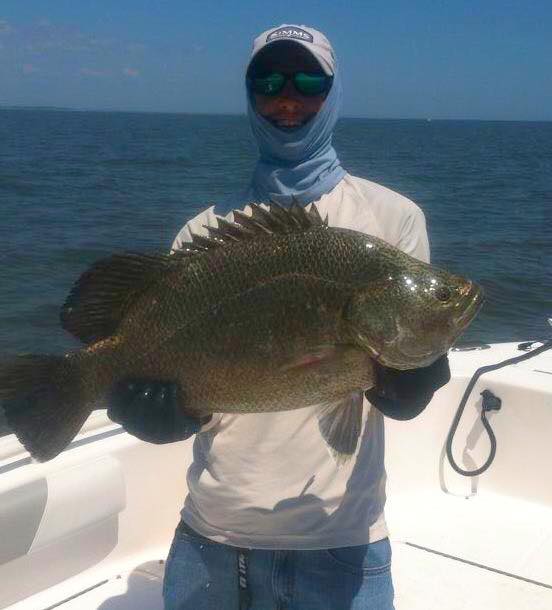 We’ll also start to see some smaller sharks moving in which will make a nice addition to our list of targets on kids trips. I expect the bigger Black Tip and Spinner Sharks to make a showing towards the end of April.

Bull Reds may also be a viable option in April and May as well as some pretty spectacular Whiting fishing if you’re into that. I know Whiting aren’t the most prized fish ever, but you can catch them in droves, they are good on a plate, and they pass the time if you are waiting for a Bull Red to eat a bait. 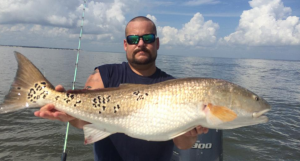 This March has been a very typical March. The wind has blown a bit, the fish have been all over the place, biting really well one day, but not the next, and the water is in a warming trend overall.

When we have had the option we’ve been running out to the nearshore reefs and fishing for Sheepshead. We’ve had to catch a lot of Black Sea Bass to get the job done just because there are so many out there, but it’s been worth it overall. This will continue to be a good option for those that want to get the most rod bending done in the shortest amount of time and take home some good eating fish.

Below is a picture from our most recent trip on 3/15 and a video from earlier in the week. I sent my GoPro camera down to the bottom to see what was going on one day and we were able to see that there were quite a few Sheepshead. This video is actually 10 seconds real time but I slowed it down to make it easier to see the fish. I didn’t leave it down long since I was a little paranoid and breaking off a $500 camera… 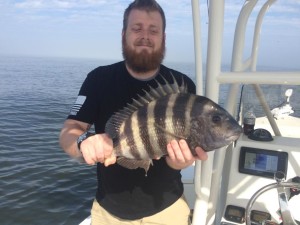 When we’ve had to fish inshore, we’ve had mixed results. The way it has been working is that when you find a few fish, you pretty much find all of them. They seem to either be stacked up or not there at all. We’ve had some great days though catching Trout, Redfish, and a few Sheepshead inshore as well as the occasional Flounder. 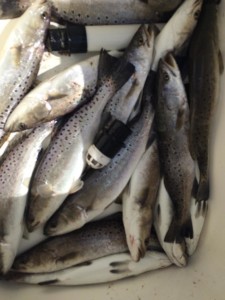 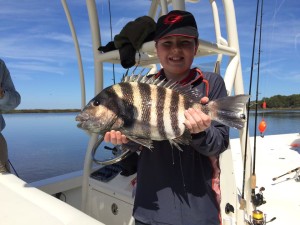 On kids trips we have been fishing in the river for Whiting and Stingrays. On some days we’ve managed to even hit some spots for Butter Catfish and Redfish. Unfortunately, as of today, March 15th, Sharks or Dogfish aren’t an option but I expect that we’ll start to see them soon enough. Either way we won’t have a problem keeping the rod bent on kids trips. 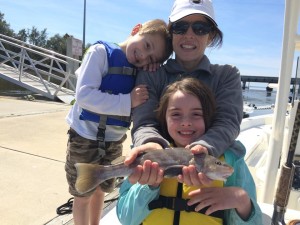 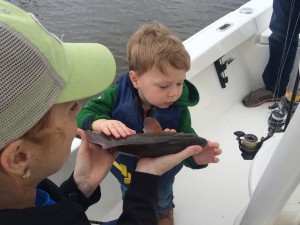 A couple weeks ago I went to Louisiana to get some practice time in before the Classic Championship off limits time started. One of my sponsors, Wes Verrett of Acadiana CNG joined me and we had a blast chasing Redfish for a couple of days. It’s safe to say that we saw about 200 Redfish each day. I was able to get a lot of great GoPro footage of Wes and I while we fought through wind, fog, rain, and gnats to catch some Redfish in my Maverick skiff. When I get back from the tournament I’ll try to get all of the footage edited and published so you can check it out. 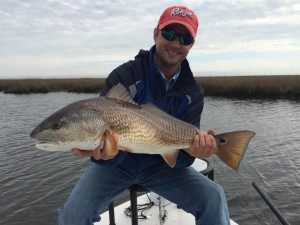 If you’re interested in a trip to Louisiana over the winter to sight fish for big Redfish, please drop me an email and let me know. I am considering doing a couple weeks of guiding over there this winter if there is enough interest. Just let me know and I’ll add your name to the list and send out more details later. 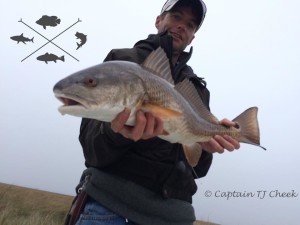 I’ll be leaving on the 20th and starting official practice on the 21st with the tournament being held on the 26th, 27th, and 28th. I can’t wait to get back out there!

This week’s fishing report is brought to you by Mossy Oak Properties, Coastal Land & Real Estate. Please check out their featured property and follow them on Facebook to help me say “thank you” for their support. 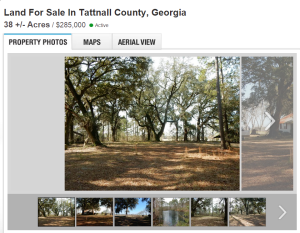 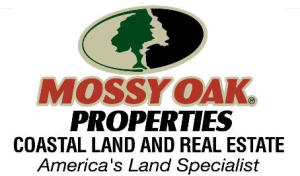