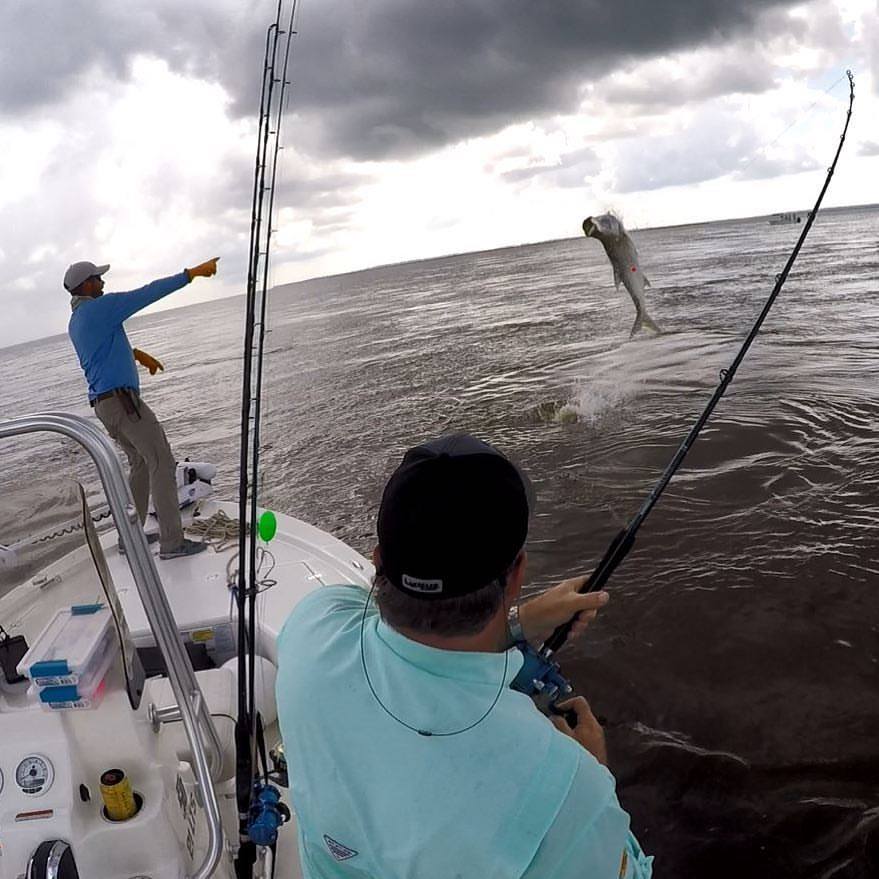 Last August we had the opportunity to film a Tarpon show with Fox Sports Outdoors. If you didn’t catch the show you can find it on YouTube and watch it at your convenience.

I had a great time filming with Captain Rob Ferris. Rob and I have been friends since we fished together in the Elite Series and the IFA Redfish Series so it was my honor to put him on some Tarpon.

In the days leading up to filming I was very nervous. The Tarpon had shifted from beach to upriver and we were dealing with a short window of opportunity. Each day leading up to the show saw fewer and fewer fish passing through. They were transitioning back to the ocean, but it was unclear to how the pattern would develop.

Fortunately, we set up early and the fish were right on schedule. We got a fish to the boat early in the feed and got the monkey off of our back. We sacrificed our position to land that fish by throwing the anchor over the side to allow us to drift with the current and chase the fish down. Once we repositioned we had to wait for things to quiet down again before getting back into the fish.

After bringing a couple to the boat we focused on trying to get a strike on film. This is easier said than done and we probably could have brought several more fish to the boat had we not tried. But how much reeling and face grabbing can one show stand? That initial jump was the cherry we needed!

In the end, that perfect shot eluded us, but the point was made. Georgia has a Tarpon fishery. It takes a lot of time on the water to develop a sense of what the fish want to do in certain situations and even when you feel “at one” with the fish it’s no walk in the park. That being said, when you put yourself in the right place, at the right moment, with the right presentation… it’s going to happen.

Special thanks to my friend Aaron for jumping in as cameraman in a pinch. He made sure the red light was blinking at all the right times.

Also a huge thank you to Rob Ferris for inviting me onto the show and Mako Boats for providing the sled.