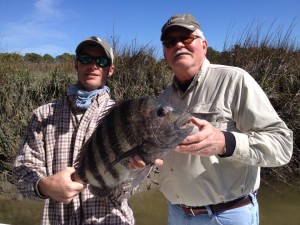 Well we finally came through the nasty weather and had some spectacular days of calm weather… well except for Saturday the 15th… that was awful!

We managed to get on some great fishing out on the reefs as well as inshore. On Friday the 14th I had a return customer that has fished with me for years and his lovely wife out on the water to chase some Trout and Sheepshead. We had plenty of both!

To give you some back story, the first trip that Fred and Connie had with me was a total disaster. We managed to catch one measly fish and we dropped Connie’s camera battery in the river. It was just a horrible day. I offered to take them fishing on the house on their next visit because it was just that bad.

The next few times they fished with me was total redemption. One time in particular, even though Connie elected to stay behind, Fred and I limited out on Trout 1 hour and 22 minutes after we left the dock!

To bring you back to current times, the Kirchman crew’s good luck has kept on going as we caught some of the biggest Sheepshead that I have ever caught on a fishing charter. We also managed to send them home with 21 Trout since their grandson specifically requested some Trout to cook!

Like I said, Saturday was awful. My crew and I met at the dock and the flag was starched in a 25 knot wind. We opted for a day off and decided to give it another shot the next day.

Sunday morning greeted us with a totally different picture. The river looked like a sheet of glass. We had to adapt early as there wasn’t a marina within 15 miles that had live shrimp. We did what we had to and got some fiddler crabs and headed offshore in search of Sheepshead and Sea Bass. We managed to catch some of both before heading inshore to a super top secret Sheepshead hole.

We were a few minutes early in the tide, but as it dropped the fishing turned on. We caught one Sheepshead after another and I even managed to find one lonley shrimp in my livewell that resulted in our one Trout of the day on the first cast.

The boat will be down for maintenance this week but look for a new report after the coming weekend and a new podcast on Friday. 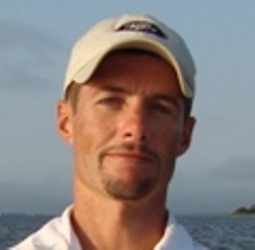